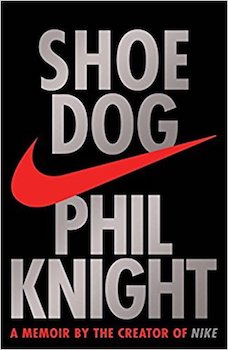 Growing up I liked trainers. I especially liked shiny futuristic trainers. As any youth of the 90s can confirm the undisputed king of futuristic trainers was Nike, although Reebok were a strong contender with Reebok Pumps. I’m not a big fan of brands, so it’s testament to Nike that as an adult I still get excited by a nice pair of Air Jordans or Nike Dunks. I’ve been wanting to read Shoe Dog, the Story of Phil Knight the creator of Nike for some time.

Pete, are those new Air Jordan's? Interesting, In many ways you're like the Michael Jordan of software development. pic.twitter.com/SGJIyUpGf6

I enjoyed the book, with the company on the verge of going bust multiple times, it’s a page turner, especially for a for a business memoir. Knight’s maverick business style means the book has it’s fair share of anecdotes. It’s a inspirational book, so much so that I went out and did some jogging, although wearing ASICS, sorry Phil. The only other book which has had this effect on me is Born to run.

Knight’s original career was in the rock ‘n’ roll industry of accountancy, his path is long and winding with him living in Hawaii and traveling the world before finally following his “crazy dream” of importing Japanese shoes to America. I was surprised to learn initially the company was called Blue Ribbon Sports. The decision to start manufacturing Nike shoes didn’t happen until much later, and was due to failing to secure an exclusive US trade deal with Onitsuka Tiger.

The Nike name only came about when they needed a name for their own line of shoes, Knight himself mentions he wasn’t in love with the the name or the Swoosh logo to begin with, this is amazing considering how iconic now both are. This goes to prove the wisdom of Martin Fowler that naming things is hard!

The early Nike leadership team is depicted as a rag tag bunch of misfits with unique skills.

“Don’t tell people how to do things, tell them what to do and let them surprise you with their results.” - George S. Patton

The above quote comes up multiple times in the book. Knight is a fan of military history and makes the somewhat clichéd quote of “Business is war without bullets”. The term company culture is often over used these days, but it’s clear that this was a genuine part of Nike’s success. They had an almost punk like approach. Innovation clearly comes across as a key part of the Nike culture, with them experimenting with first the waffle trainer and later the air sole. Nike held off going public for a long time, even though they desperately needed the cash injection this would provide, they feared it would ruin the culture by turning them corporate. Clearly Nike have continued to innovate with Nike+ and NIKEiD. Although I was disappointed to find that there’s a character limit with Nike IDs so I’ve never been able to purchase a custom pair of Air Grahams.

Knight is flippant about advertising, believing the great products will sell themselves, this interesting coming from the creator of globally recognizable brand. His attitude is similar to Alan Sugar’s in What You See Is What you Get. Parallels can also be drawn between this book and Walter Isaacson’s Steve Jobs Biography, both company founders saw themselves as counter-culture under-dogs. In Shoe Dog it mentions Knight insisted the public offering of Nike shares was 22 dollars, as this is what Apple shares had recently been offered at. Visiting Nike Town is one of the few branded experiences on the same level as visiting an Apple Store/Town Square, another similarity.

Nike only branch out into producing clothing very late in the book. These seems like an obvious move, but probably only with the hindsight of success. Majority of the book covers the period between Nike being founded and 1980, only the last chapter covers events with took place between 1980 and 2006 when Knight steps down as CEO.

I would have liked to have heard more about the development of iconic Nike products like Air Jordans, however for this I can highly recommend the Netflix documentary Abstract Episode 2 with Tinker Hatfield. I was also curious where the famous Nike “Just do it” slogan came from, was it an ad agency or from someone internally at Nike? Knight only writes about the controversy with Nike’s Chinese factories and working conditions very briefly which I felt deserved more explanation.

In conclusion this is probably the best book about trainers I’ve ever read, Phil Knight is now my 2nd favourite Phil after Phil Collins. If you’re going to buy the book remember to buy it on Amazon to make Jeff Bezos richer. 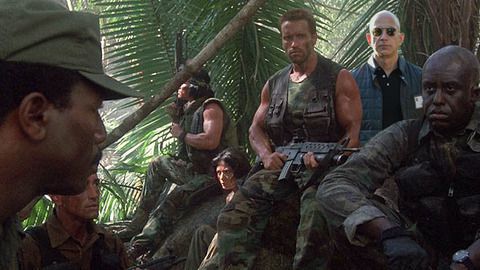